I've decided not to worry too much about my correct writing in English, so I'm basicly writing English I would talk aloud. So, don't get offended or take it personally, I'm trying to keep it clear :)

Long time no see, gotta admit. I haven't been too busy or tired, I've just been lazy with writing. It feels so frustrating to come back to this blog because sometimes it will bring all the memories back and sometimes I wouldn't even like to remember that I'm not in Australia anymore. This is getting better every day and most of the time I'm thinking my year happily. Obviously it hasn't been so easy to adjust back when I continuosly want to live double life.

Well my biggest fear is that my Aussie friends will forget about me. That someday someone will hear my name to be mentioned and think, whatta hell, who was that person and what did she do here.
I'm not worried about my host family, because they decided to exit themselves from my life. Their loss gotta say. All I wanted to do was stay friends with everyone but seems like my presence was too much for them. Maybe I was too friendly and helpful, it might've seemed like I was trying to take a too big place among them. Yes, I find it coward to unfriend me without even saying anything. Why didn't they just talk to me what went wrong? Maybe I could've apologised and tried again. But that's the smallest of my problems, to be honest.

I'm doing great, if you wanted to know. Jani and I've been living together for almost three months now, and been together almost 8 months. To me he's the most important thing in my life and I never want to let him go. He makes me the happiest girl on earth and we can be 110%  honest to each other. I'm not afraid of saying my opinions and feelings aloud. I want to be the best "wife-to-be" to him as I can.

Something about the summer that suddenly passed by without noticing it. I got a job on June and I worked five days a week, three hours. It doesn't seem a lot, but I got paid fairly well (I do cleaning up.) Jani was (and is still) working long days, so some weeks I felt like we didn't even see each other when he returned home so late. But a big part of our relationship is trust and love, so if we didn't see each other a lot, we took all we could from the time we spent together. 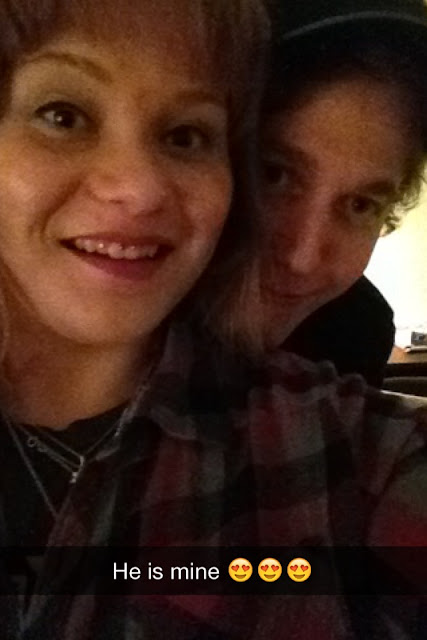 We haven't been partying that much anymore. Mostly I feel like I've grown up and don't feel like partying to 5am every Friday and Saturday (sometimes even on Thursdays) so we have put more effort to "romantic" and peaceful home evenings. I also have reduce smoking because I'm afraid of cancers and getting seriously ill. As you might know, I've been smoking occasionally since I was 15, and more often now when I returned home. It hasn't been easy to quit because I can't really see a great reason right now to give it up, but I've reduced a lot and that's a small victory for me. Also alcohol is not so big deal anymore. Of course I drink wine and other drinks but not so often than I used to. Nowadays I might have one or two glasses after school and work, but not even every week. That's the Aussie habit I wanted to take with me and I succeeded.

Our friend group has separated and it really makes me unhappy. I really love my friends but something has come between the nine of us and some of my friends I haven't even seen in two-three months. And suddenly I realise I don't have the courage to call them and say, "hey let's meet up, I wanna keep you in my life." I never thought this would happen. It's totally possible that I had something to do with it but I can't really identify what went wrong at the end. Anyway we are friends with some of them and that comforts me.


I don't really have anything wise to say right now but I wanna go back to Aus. It really bothers me I can't see the people and my dearest friends everyday as I used to. I can't see their faces or hear them anymore. It feels like a dream. I know I'm not the only exchange student suffering of this but it still makes me restless and I can't feel totally calm and happy in one place. My heart has separated into two pieces - Finland and Australia. How am I ever supposed to keep them together and in unison? I can't really decide what I want from my life, because in one place I'm happy for a while and then I want a change. It sucks so much and I can't build my life here or there and think it will never change. What if I decide to go back Down under and leave everything here? I couldn't, at least I wanna have Jani with me.

So, maybe I have more motivation to write more now because I have returned back to high school. I'm gonna study hard and this is one good way to learn - writing in English. So as I said forgive me I haven't checked the text and it might be fucked up but get over it. Just wanted to come here to tell you my feelings :)


Keep in touch, miss you all xxxx